Cleric players can create their own religion

In many fantasy rpg settings there are religions Cleric characters can choose from, but there are also games without a setting in a core book (i.e. Lamentations of the Flame Princess, Labyrinth Lord only two to mention). If you are using your homebrew campaign or generic world where the adventures are location based (i.e. running LotFP or LL where characters operate from the village you have created to do adventure modules or your own adventures) there might be one or few religions you have created. But does that have to restrict what religion(s) the Cleric character can follow?

If there are options of religions to choose from don't restrict you player creating his own order to follow.  It might not be big in your campaign setting but rather a small order/religion/cult. There already might be dozens of gods so there might very well be a lesser god to follow. It's just that there aren't too many followers but the character happens to be one of them.

The religion/cult/order should have a name and a deity naturally. Player can also describe the practices. It is good that player checks his idea of this smaller custom religion with his Referee to be sure that it fits the campaign setting.

There might be also other flavors to the game. The character might want to convert others in the setting towards his own little religion/cult/order and he might spend his hard earned loot to make it stronger. In a high enough level (Labyrinth Lord) the character might even build his own temple for the religion and start to be a major player in his religion/cult/order.

If the game goes that far that the character is wealthy and experienced enough to establish something for his religion and then retire his character might become a NPC in the campaign world making the religion an actual bigger thing in a game world. Wouldn't that be a great reward for a player? Starting as a 1st level Cleric worshipping this minor deity but when retiring he has achieved something bigger for his religion/cult/order? 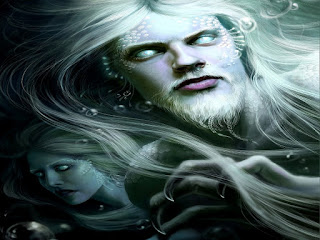 And if the players play together well they might create something bigger! Cleric making a temple, Fighter creating a stronghold etc. This way the party might even create a micro nation!

Here's another idea. The deity character worships is a weaker god. It might be new or just awaken from a long idling. Player's Cleric would be actually only one who has a vocation for this new god. What ever the reasons are why the player's Cleric was chosen are beyond human understanding. But the character has a mission directly from his god; to make his god stronger. This way the character would be the prophet for the god and the god's power would depend on the character's actions. Building temples and shrines and proclaim places holy in addition to convert people to this god could be a mini-campaign inside of the real campaign.

What would be better starting point for this Cleric than to get his fellow adventurers to support his and his god's cause?

Referee can also make custom rewards. For every x people Cleric converts and for every shrine, holy place, temple etc. the Cleric makes there could be a reward from the god. And those in the party who actively help the Cleric to do his god's will will also benefit from the rewards. The rewards might be bonus XP or something supernatural like blessings or even enchantments on their equipments (Fighter who slays enemies in the name of his fellow Cleric's god's name gets his blade enchanted against undead etc.).

With a custom religion/order/cult of the party's Cleric there are unlimited possibilities and motivations for party to quest. It's simple to make party to go into that dungeon because god said they to go there. McGuffin at its best.